The cellar of the rooster 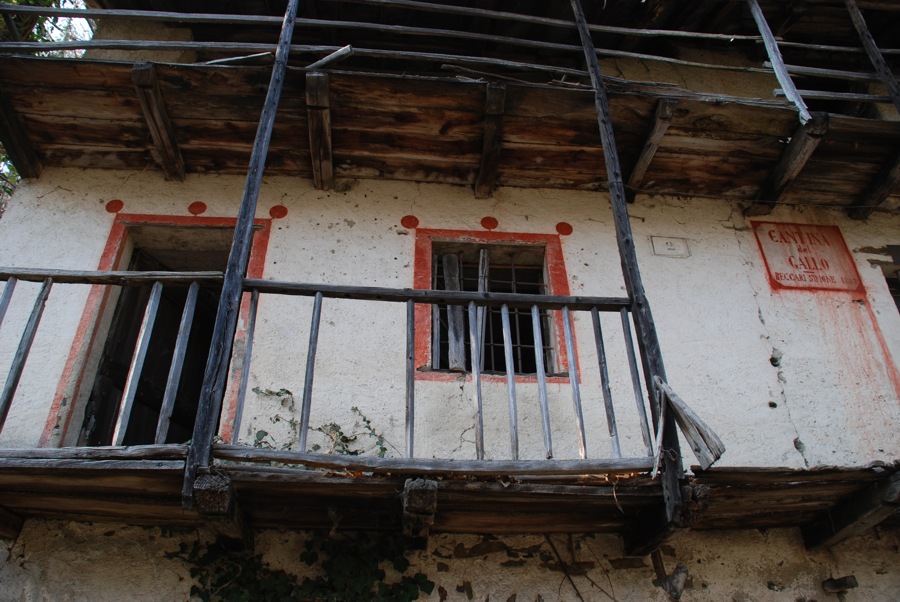 After a nice little walking, so much that Dubbione is only a memory, suddenly here is a group of houses, almost all in ruins. The Vitalba and the brambles are the masters of those tired stones, and the few houses still healthy and warmed by human breath, have the billhook between the teeth to defend itself from that green invasion, beautiful, but deadly.
You cross that narrow place in silence, under the broader Tagliaretto, Pinasca, out of respect for those who have been, and you observe. The ancient colors to say that there was life, the crashed beams, the refracted light playing in the spaces of open and forgotten windows. Sometimes it’s all green, there is moisture, sometimes everything is red brown, because that is the kingdom of brambles.
And silence everywhere, except for the song of the thrush that accompanies us. Because it is spring.
Do not feel sorry for those remains of human presence, perhaps because some of the houses still remains alive, perhaps because it is so curious to run the eyes among those remains, and caress them, so that the soul does not sadden.
Then on to the path. A little hump, a minimal sink and on the left, the surprise. ” The cellar of the rooster- Simone Beccari – 1882″, announced the inscription on a long house that makes wing to those who pass, all decorated with antique red to make it beautiful.
A tavern.
It was so much people that passed there that there was room for it as well . It has all the doors open and just nothing to violate it. But it is still proud and still seems to feel the scent of wine and the smell of cheapish fried, and even the customers’ voices and the cackle of who of that wine, even in bitter times, had perhaps overused a little.
Sometimes the gone story, the simple one of the fathers, it’s there waiting. Just pass. And as if by enchantment recognizes us as children of those who made those stones alive, comes to meet us and embraces us, slowly. Not to disturb.
Maybe that’s why this place doesn’t sadden the heart, caress it and makes you think. 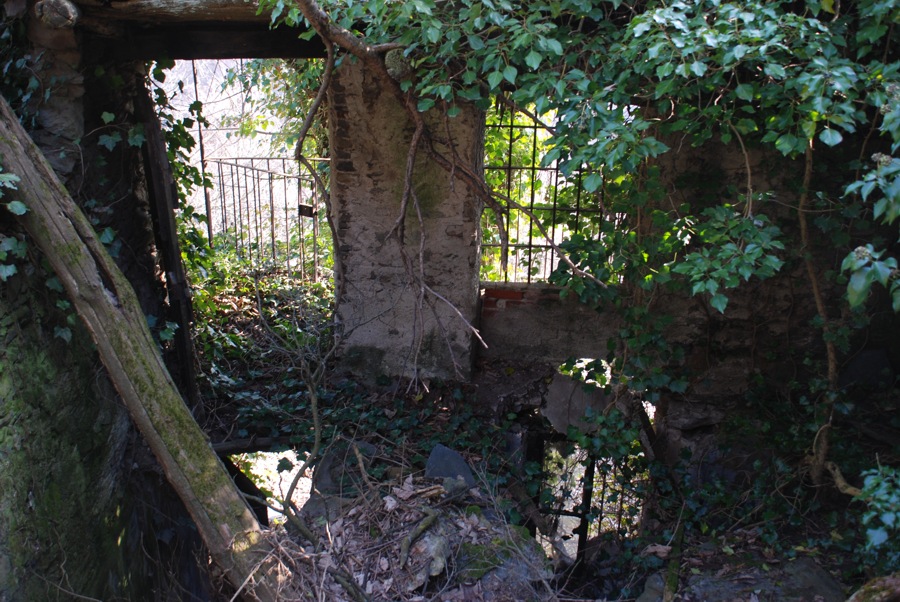