Do not touch me! 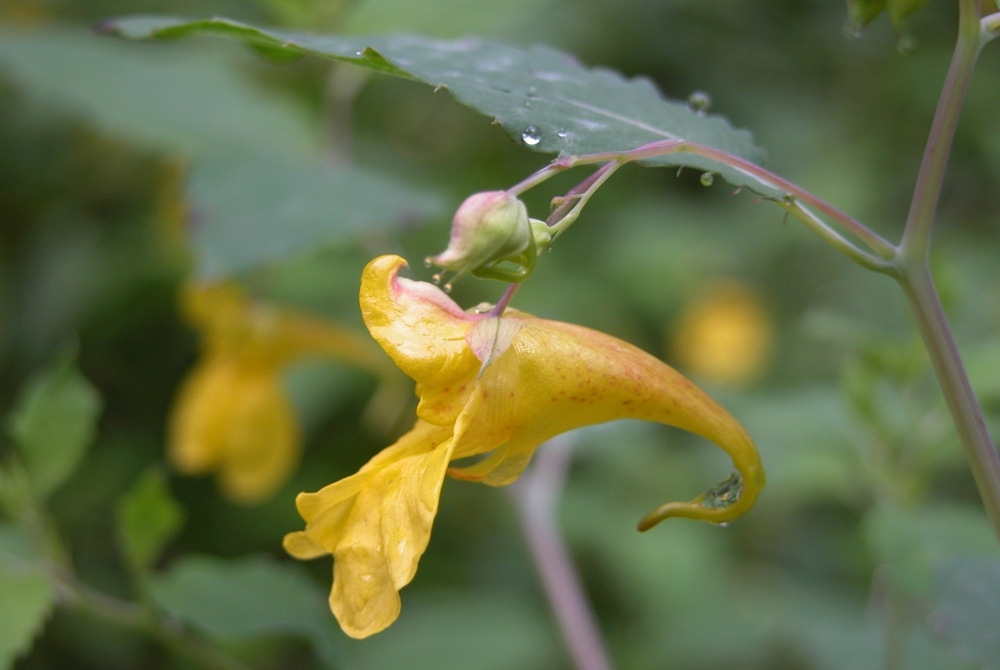 When a plant or an animal has a strange name, there is some reason.
Impatient grass , Impatiens noli-tangere, for the wise men.
So it is called a fragile seedling that blooms in late summer, that loves the shade, which has yellow flowers that rather than flowers seem to jokes of fairytale or elves hats; and that, especially, if you lightly touch its fruits it snaps like a spring and shoots away the seeds, so that its little don’t have to meddle the one with the other; or that at least someone will find fertile ground to germinate and shoot again, with the spring- fruits, in the time of the time. Do not touch me, in fact, otherwise I’ll shoot my seeds.
A wonder.
It is also called balsamina, and then grass of Santa Caterina, and even limona grass and finally common firefly grass.
It is so special that we have imported some of its sister of species from the Himalayas. Impossible to mention all.
But one there we show: the Himalayan balsamina, or Balfour, Impatiens balfourii, purple and white, moved here in the mid-‘800. Brought here because it’s very beautiful.
And yet we should put in mind that it is never good to deport someone, even though they are ‘only’ plants, and that to admire them we should visit them, and not vice versa.
In order to respect. 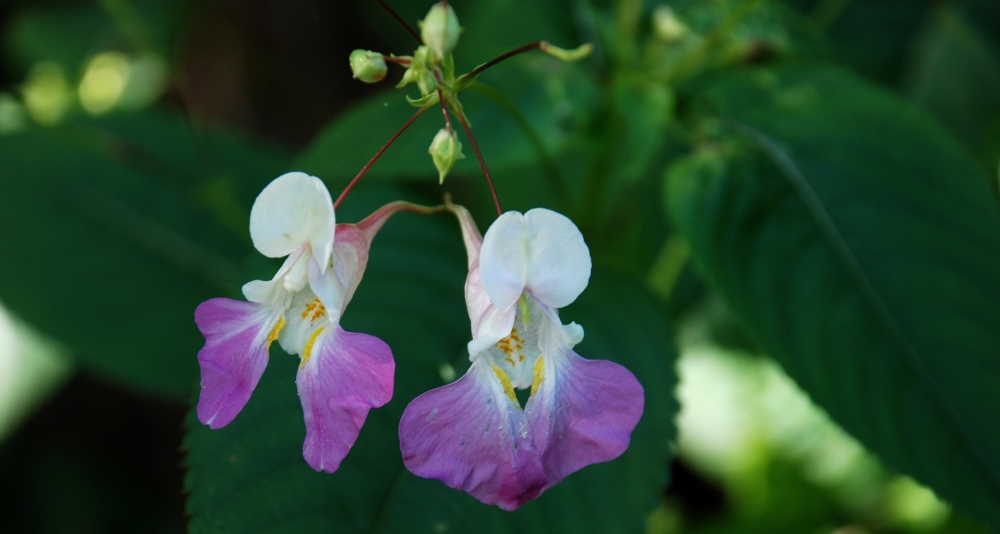